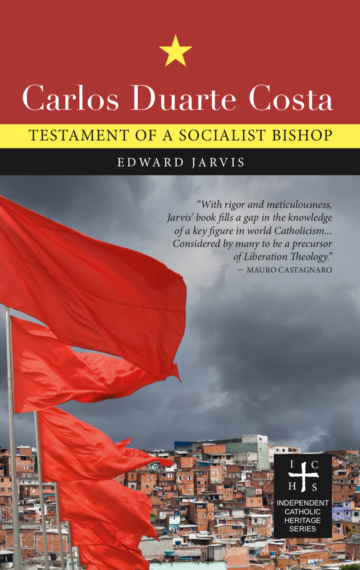 Who was Carlos Duarte Costa? Some called him “courageous and democratic,” “the antifascist bishop,” and the “Rebel in Rio.” Others called him “completely misguided,” “disturbed,” and a “psychical anomaly.” He was an outspoken critic of fascism, imperialism, capitalism and the Vatican, and he exposed links between them. He preached the compatibility of socialism and Christianity, decades before his one-time friend Hélder Câmara described himself as a ‘socialist bishop.’

Duarte Costa was both prophetic and pioneering, anticipating Catholic debate (and dissent) over celibacy, divorce, religious freedom, authority, and clericalism by several decades, and not waiting for permission to enact reforms. His groundbreaking 1945 Manifesto is presented here with comprehensive commentary, analysis, contextualization, and explanatory references. The Manifesto is both a handbook for dissenting Catholics and a forerunner of Liberation Theology, offering an impassioned Marxist-inspired critique of organized Christianity, Capitalism, and the Papacy.

Carlos Duarte Costa: Testament of a Socialist Bishop examines the bishop’s life, thought, influences, and discusses his lasting legacy. In an age when the relationship between faith and politics is more hotly debated than ever, the words and witness of this extraordinary individual are as relevant, incisive and portentous as they were seventy-five years ago.