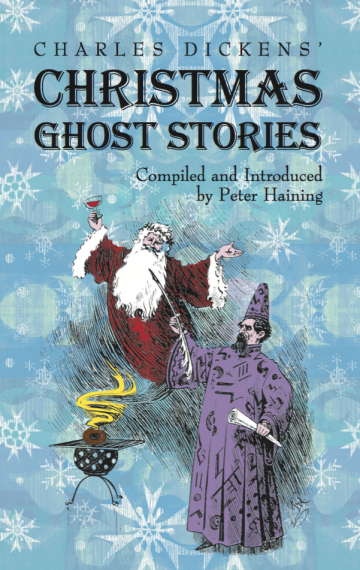 “A splendidly creepy seasonal collection to curl up with by the fire.” —Sunday Express

Among his many accomplishments, Charles Dickens was also the author who initiated the tradition of writing ghost stories for Christmas. The magic of the seasonal tales he created for the readers of Household Words and All The Year Round has remained undiminished through the years and are now brought together in one volume.

Herein lies the opportunity to delve into the grim novella of “The Haunted Man” and “The Ghost’s Bargain,” witness the mysterious events in “The Haunted House” and experience the chilling drama of “The Signal Man.”

Utilizing fascinating and often little known facts about each story, Peter Haining also argues that it was Dickens who inextricably linked Christmas with the supernatural— together with perpetrating the idea of a “White Christmas.” Illustrated with line drawings that appeared when the stories were originally published, this collection is a must for ghost story lovers and Dickens fans alike.