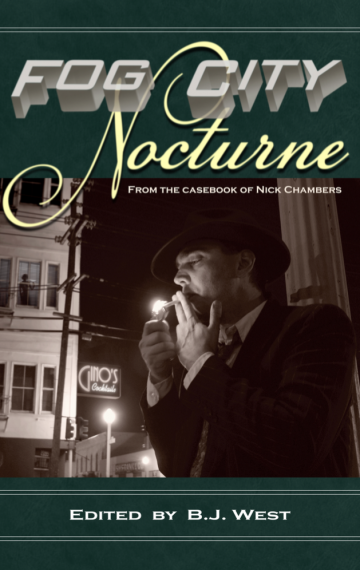 What do you get when a group of writers jointly create a private detective character in the hard-boiled tradition, then go their separate ways to put the poor bastard through his paces? You get Nick Chambers, a down-on-his-luck P.I. who is both comfortable familiar and refreshingly original.

In the grim days following the end of WWII, San Francisco is a rough place to try to make a living as a detective. Paying clients are few and far between, corruption is rampant in the highest echelons of city government, and no one seems to be interested in justice any more.

Nick Chambers is the detective you turn to when yo can’t afford anyone else. He’s only one step from being on the streets himself, but manages to scrape by on his wits, perseverance, and a steely conviction the despite all the evidence to the contrary, there are still a few good people left who deserve to have someone watching their backs.