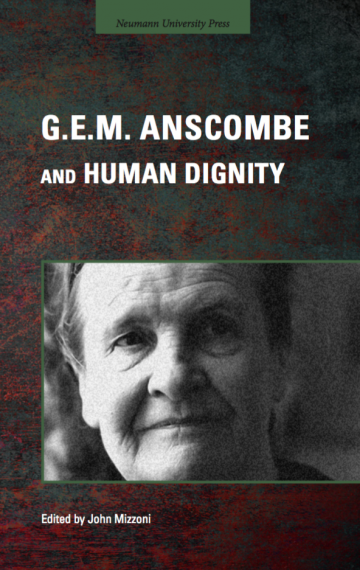 G.E.M. ANSCOMBE (1919-2001) is one of the twentieth century’s most provocative and highly regarded philosophers. Anscombe is known for challenging received philosophical views, and some commentators have regarded her as the greatest woman philosopher of all time. The papers in this volume explore the work of Anscombe as it relates to the subject of human dignity. The volume has three parts: Part I introduces the theme and gives an overview of the papers; Part II examines the nature of human dignity, with special focus on Anscombe’s perspective; and Part III explores the implications of human dignity for doing applied ethics, specifically regarding the issues of euthanasia, physician-assisted suicide, abortion, and physical disability. In her work, Anscombe will sometimes employ the concept of human dignity. She discusses several issues in applied ethics in connection with the notion of human dignity. Dignity is a complex concept, multi-layered, and variously defined. The essays in this volume reflect the difficulty, complexity, yet importance of the concept of human dignity. The essays also attest to the significance of the concept of dignity for many different kinds of ethical issues. By describing and in some cases defending both Anscombe’s incisive perspective and her moral commitment, these essays convey Anscombe’s important contributions to our understanding of the value of a human life.