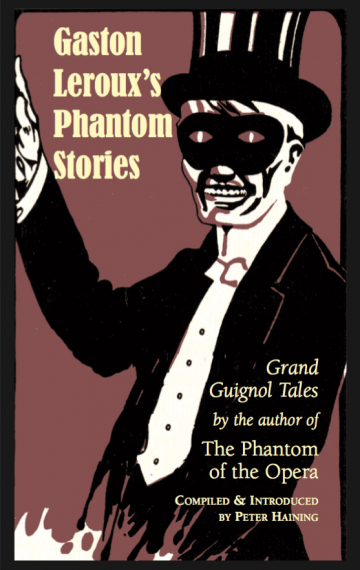 With The Phantom of the Opera Leroux reached the height of his literary powers, and although he developed other fascinating characters, nothing quite matched that one book. He also wrote a small number of really outstanding macabre and weird short stories which are even less well-known and more neglected than his novels— and it is a selection of the best of these which are collected together in this volume.

Most of these stories were written in the early 1920s when Leroux’s popularity was at its peak, and the demands for his work were never-ending. As a thoroughly professional journalist and a man never afraid of hard work, he did not like refusing requests, and drew on his seemingly bottomless well of ideas for the stories. All are the equal of, if not superior to, most of his longer novels. —adapted from the Introduction

PETER HAINING, the compiler of this unique collection, is the author of more than fifty books. His books include The Final Adventures of Sherlock Holmes and Shades of Dracula, also available from the Apocryphile Press.