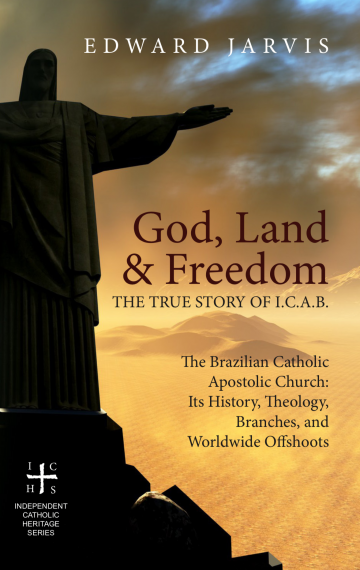 Two decades before the Second Vatican Council, a section of the Catholic Church decided to enact sweeping reforms of its own. The Brazilian Catholic Apostolic Church, or I.C.A.B., abolished latin, celibacy and confession, embraced religious freedom, and redefined the pope as just another bishop.

I.C.A.B. became the renegade church within a church. With over half a million members in Brazil, and up to four million in a complex worldwide network, I.C.A.B.’s offshoots are at the center of the hottest and most controversial clashes between Catholics and their hierarchy.

Independent Catholicism, progressive Catholicism, women’s ordination, celibacy, homosexuality, and church reform in general, cannot be fully understood without understanding I.C.A.B. Whether sect or schism, I.C.A.B. represents the most extraordinary attempt in modern times to defy the Vatican and reform the Catholic Church from below.

God, Land and Freedom, The True Story of I.C.A.B., tells this remarkable story as it has never been told before. Much archival material has been translated for the first time. I.C.A.B.’s alleged links to freemasonry, communism, the occult, and the far right are investigated. I.C.A.B.’s theology is explained, and the exploits of I.C.A.B.’s founders are revealed. It is a story that can no longer be ignored.