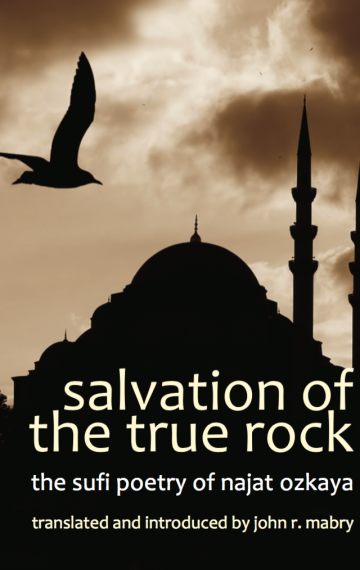 Najat Ozkaya* was born in Konya, Turkey, in the 14th century CE. His father was a Sufi teacher, and Najat assumed his mantle upon his death. Najat’s poetry is similar to the Sufi poetry of Rumi or Hafiz, centered on the relationship of the soul with its Beloved, Allah.

Najat’s writings were thought to be lost to the world, until religion scholar John Mabry discovered a hand-copied manuscript in the Bu Bir Şaka mosque. Translating in the free, contemporary style of Coleman Barks’ Rumi or Daniel Ladinsky’s renderings of Hafiz, Mabry has brought Najat back to life, restoring his challenging yet oddly comforting poetry to the world.

Discover the secret about Najat Ozkaya at: www.apocryphile.org/secret.html