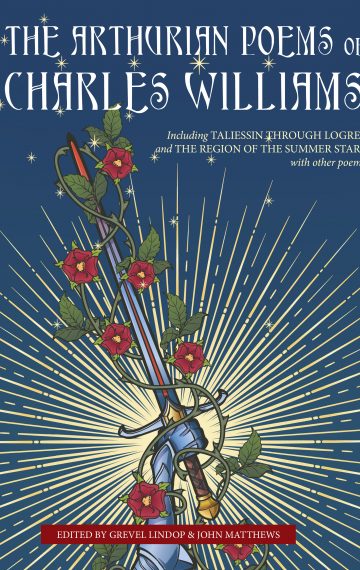 Williams wanted his Arthurian poem to be a universal epic: not just a tale of early-Medieval heroics, but a poem that would use its narrative to portray the human condition, and the world, with the kind of completeness found in Milton’s Paradise Lost or Dante’s Divine Comedy.

Charles Williams is perhaps the least well known of the Inklings, the writers’ group based in Oxford which included J.R.R. Tolkien and C.S. Lewis. In making this collection of Williams’s major Arthurian poetry we have sought to make available again, after several years out of print, all his previously published verse on the abiding subject that dominated his work and life from the early 1900s to his death in 1945. The earliest work, published here for the first time since its original appearance in 1913, is the ‘Pageant Song of Gwent’, which shows Williams thinking about the Arthurian legends even this early. This, along with poems from Heroes and Kings (1930) and Three Plays (1931), comprises all of Williams’s early published work on the subject, and is followed by his mature work, contained in the two major sequences Taliessin Through Logres (1938) and The Region of the Summer Stars (1944), which form the centre of this collection.

The volume includes an introduction by Grevel Lindop (biographer of Charles Williams) and an essay on Williams’s work by Arthurian scholar, John Matthews.