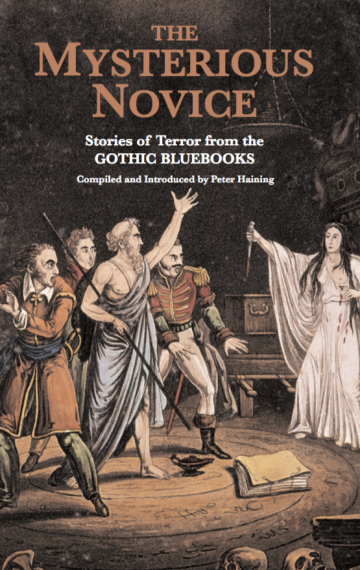 “Tales from the cheap blue books everyone in England from servant girls to Shelley were reading at the height of the Gothic era. Women in distress, evil monks, vampires, werewolves, spectres. Enjoy!” —LOS ANGELES TIMES

THE GOTHIC “BLUEBOOKS” were the hugely popular paperbacks of their time, eagerly sought by uncounted numbers of readers in the Nineteenth Century who could not afford the more decorous three-volume novels favoured by the gentry. Containing sensational tales of lustful monks, terrified females, dashing heroes and a whole variety of supernatural creatures, these one-hundred-page little works bound in blue-coloured paper became notorious as ‘Shilling Shockers’—after the price they were sold at—but with repeated handling soon became impossibly rare. In this unique collection some of the best are reprinted, complete with their original illustrations, for all readers who love to thrill to tales of Gothic horror and melodrama.

PETER HAINING is one of the most respected anthologists in the world. A former journalist, publishing executive, and best-selling author, his books have been translated into over a dozen languages. A series of his most important collections are now being republished by Apocryphile Press.