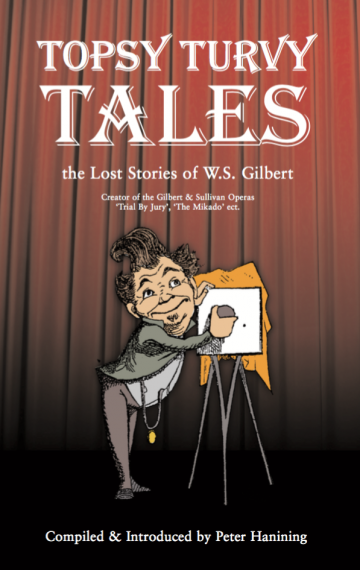 “An absolute feast for any lover of witty and whimsical writing.” —DAILY MAIL

The world knows W. S. Gilbert as half of the enduringly popular duo of Gilbert and Sullivan whose comic operas with their ingenious plots and witty songs have delighted audiences all over the world for well over a century. But long before this great partnership began, Gilbert was already writing inventive, humorous, romantic, and occasionally even grim short stories—some of which would later be reworked for the stage—in the pages of such popular magazines as Punch, London Society and Fun. When he became famous for the operas, however, most of these little gems—published with his own unmistakable, quirky illustrations—soon became forgotten in the rapidly yellowing pages of the magazines. Now they have been restored to print in this first-ever collection that will prove a delight for all fans of Gilbert & Sullivan operas as well as those readers who enjoy a unique form of “Topsy-Turvy” entertainment.