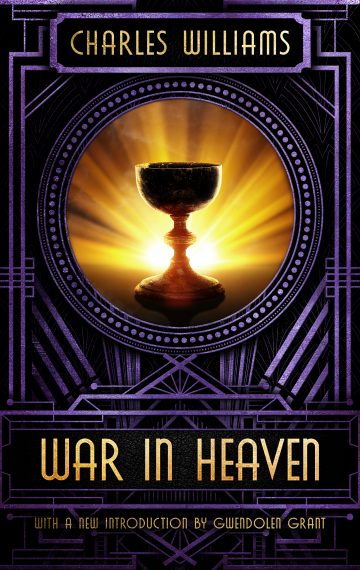 A battle over the most sacred object in Christendom…

In the tiny English village of Fardles, a practitioner of black magic has located the Holy Graal in the sacristy of the local Anglican church. Intent on using it to amplify his own nefarious powers, he tries to trick its guardian into donating it. When that fails, he resorts to theft.

Thus begins a tug-of-war between powers infernal and celestial, between a magician who would use the Sacred as an instrument of his own will, and an Archdeacon who seeks to protect and preserve what is sacramental and holy.

Along the way, Williams reveals the tug-of-war within us all—the interplay of desire and Desire, the polarity of possession and sacrifice…and the significant gray areas in between.

War in Heaven is the first novel Williams published, and also the most comic. It is everything you’ve come to expect from a Williams novel—suspense, supernatural danger, and a mysticism so real, good, and terrible that nothing can stand against it.