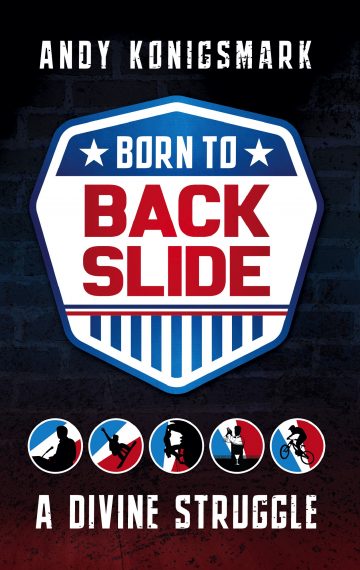 Andy Konigsmark is more than an American Gladiator: he is a role model and the embodiment of what it means to stay focused on your dreams. He managed to overcome dyslexia, a bipolar disorder, and thrive as a true renaissance man. It is difficult to label Andy: he is a fitness model an American Gladiator and Ninja Warrior. He is a stand-up comedian, bartender, and a winner on the CBS Show Million Dollar Mile. Television audiences will recognize him for multiple performances but his local community views him as their Presbyterian minister and bartender at the local watering hole.

People told him he wouldn’t become a comedian, he would never leave the Peach State and did not possess the mental acumen to graduate high school. Despite these struggles, he continued to persevere. Much to his surprise, he received his Doctorate of Ministry from Fuller Seminary in 2018.

Based out of Telluride, Colorado, Andy keeps pursuing his dreams and lead a blissful family life, while also embracing a new path: writing. In his free time, he loves to snowboard, mountain bike, and hike. He loves to laugh with Dodi his wife. Perform science experiments with his daughter Emmi Claire. Smash superheroes with his son Crew.