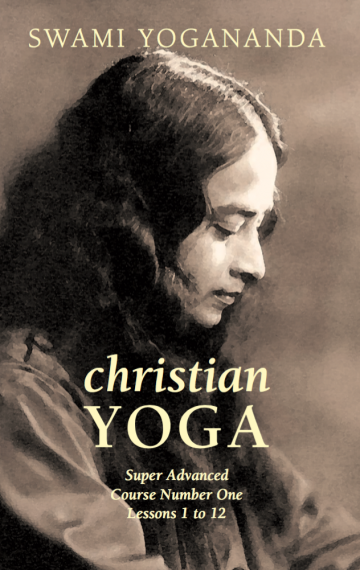 Of all the books in the Bible, Genesis and Revelation are the two most important. The first chapter of Revelation contains the hidden truths of Christian Metaphysics and Hindu Yoga as revealed through the intuition of St. John.

In the past, Christianity has remained aloof from Hindu religion. Real Christianity is not to be blamed for this; it is “churchianity” which is responsible for paralyzing rational religious thinking. Attending churches or temples of God-worship is a good thing, but in itself does not prove actual knowledge of God. Actually knowing God is another matter. Christianity will become the stronger for discarding dogmatic beliefs and supplementing its appeal through a study of the universally true, intuitionally received spiritual experiences of the Hindu savants. In this classic collection of spiritual teachings, Swami Yogananda bridges the gap between authentic Christianity and Hindu Yoga. —Adapted from the first lesson