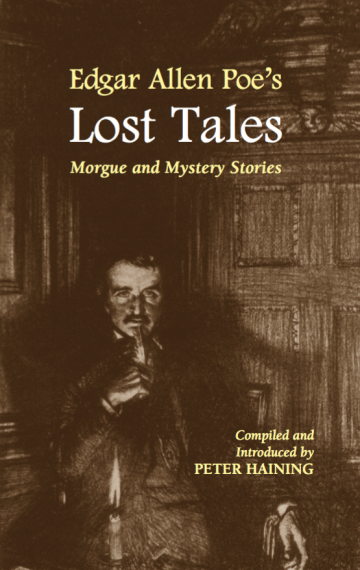 “Not another collection of familiar Poe tales, but a mixture of morgue and mystery tales, hardly known…. The gems are ‘The Journal of Julius Rodman’ and ‘Who is the Murderer?’ each with the hauntingly attentive detail Poe delights in, and long unavailable.” —THE TABLET

Here are treasures! This is no ordinary anthology of Poe items but a unique collection of tales that in most cases have not appeared in print for well over a century and that will be completely new to all but a few Poe specialists. Then there’s a group of tales that Poe acknowledged reading, and that clearly influenced him: tales of premature burial, of a man trapped beneath a great clanging bell, of a doomed girl reborn and doomed again. To describe this book as a “must” for all admirers of Edgar Allan Poe is surely unnecessary: it’s so self-evident.