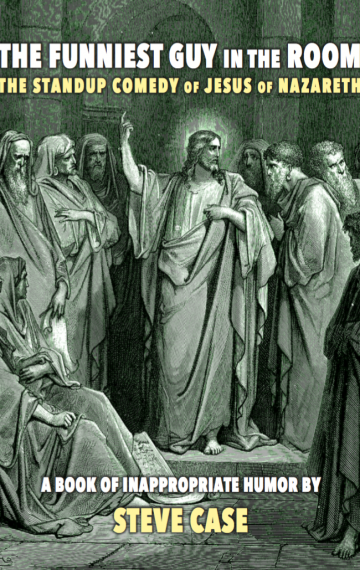 Okay…so…we’re going to send 13 guys on a three year journey to heal the sick and feed the hungry. One guy has a messiah complex. Another wants to overthrow the government. One just questions everything anybody says. It will be a bunch of blue collar workers and an IRS agent. In any other book it would sound like another Hangover sequel. We call it the gospels. There are so many wonderful stories that have survived all these centuries, and yet they seem devoid of humor. We’re talking about 13 guys on a road trip. You can’t tell me a contest didn’t “break out” at least one time. The Funniest Guy in the Room takes old jokes and even older pictures and supposes what probably happened if we were willing to admit it. Jesus was the son of the being who created laughter in the first place. He understood joy better than any other human being who walked the face of this earth. Why is he so often portrayed as the morose teacher you hoped you didn’t get in high school? It was the theologian G.K. Chesterton who said, “It is the test of a good religion whether you can joke about it.” This book puts it to the test.