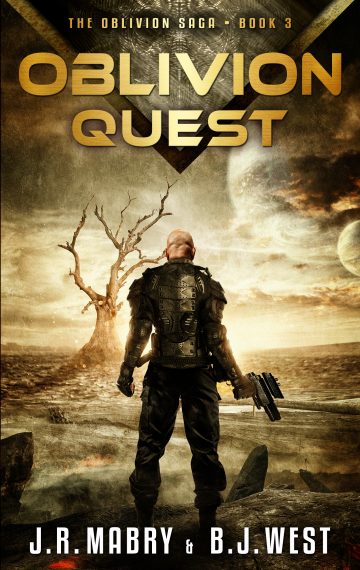 In a parallel reality you gamble everything on an insane search. Now everyone wants you dead—friends, aliens, even lovers. And the only weapon you’ve got could wipe out yet another universe…

Refugees in a hostile parallel universe, Captain Jeff Bowers and his crew narrowly escape to neutral space. But Jeff is haunted by a vision that just won’t let him go, and it sends him on a quest he can’t justify or explain.

At the same time, he is obsessed with finding the love of his life—Jo Taylor—who is still alive on this reality string. But when he finds her, will she be different? How different?

Will Jeff betray everyone and everything he has ever known to chase after these mirages? In the end, Jeff is faced with a choice—will he risk ending this universe to save it? Especially if it means killing Jo a second time?

Oblivion Quest is the third book in the thrilling Oblivion saga. If you love Star Trek and Starship Troopers, you simply cannot pass up this adventure.