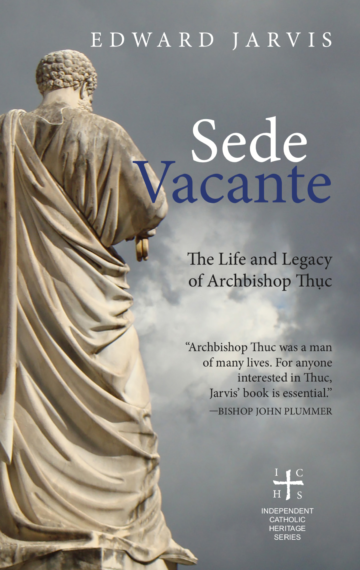 SEDEVACANTISM, American Catholicism’s only homegrown ‘new religious movement’ (NRM), argues that the Catholic Church has sunk into heresy at the hands of false popes. It sits at the extremes of two growing phenomena: Traditionalist Catholicism and Independent Catholicism. The only Roman Catholic bishop ever to espouse Sedevacantism was Archbishop Pierre Martin Ngô-dinh-Thục — but who was he?

SEDE VACANTE: The Life and Legacy of Archbishop Thục painstakingly reconstructs this remarkable story: from French Indochina to the Japanese occupation; from the Communist revolution to the doomed US-backed puppet regime; from Thục’s exile to his role in Vatican II. Sede Vacante investigates the origins of the secretive Palmarian cult and analyzes the theological, sacramental, and canonical issues arising from all of Thục’s exploits; it explains why, now more than ever, Catholics and non-Catholics alike should be aware of Sedevacantism.