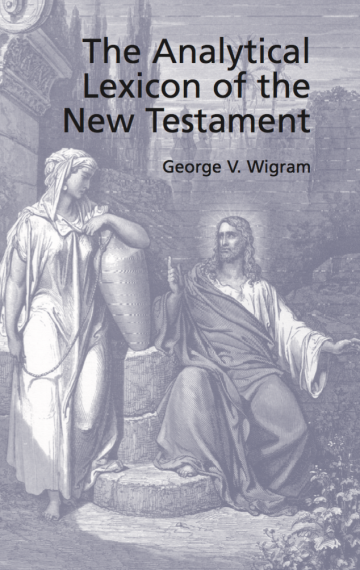 THE ANALYTICAL GREEK LEXICON to the New Testament has been compiled for the purpose of affording the student of the original language of the Evangelists and Apostles of our Lord the same assistance which is furnished by the previously published Lexicon to the Books of the Hebrew and Chaldee Scriptures.

The difficulties which have to be encountered in the study of the New Testament, though of a different kind from those which are presented by Semitic languages, nevertheless sufficiently considerable to call for an equally lucid and exhaustive explanation, especially in the case of students who, from whatever cause, have not gone through the entire curriculum of a Classical education, but who desire to obtain knowledge of the Sacred Greek tongue as may be both interesting and instructive by studying for themselves.

To enhance the critical value of the work, various readings of importance, with the authorities supporting them, are incorporated in their respective places; Concordantial References to the whereabouts of words are in great measure supplied; and an extensive grammatical Introduction, comprising Paradigms of the Nouns and Verbs, with full explanatory remarks, is prefixed. By comparisons with these, the student, if so disposed, can readily verify the parsing of any word in the Lexicon.