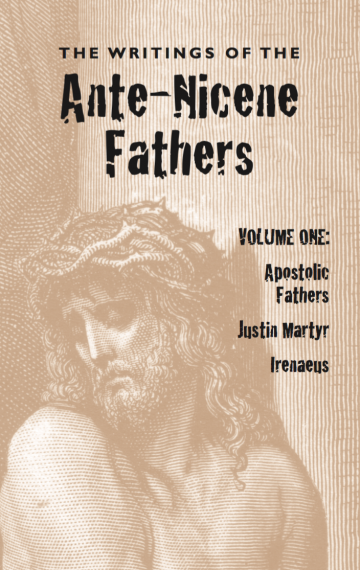 JUSTIN MARTYR
The First Apology
The Second Apology Dialogue with Trypho Discourse to the Greeks
On the Sole Government of God On the Resurrection, Fragments Other Fragments Martyrdom

This is the classic translation edited by Rev. Alexander Roberts and James Donaldson, first published in Edinburgh, 1867. It appeared in the United States in 1885, with additional introductory material and notes by A. Cleveland Coxe.